Skip to content
The Chairman of the Bulgarian Nuclear Regulatory Agency (BNRA) Tsanko Bachiyski and the Deputy Chairman, Mr. Borislav Stanimirov carried out a working visit to Turkiye at the invitation of the Nuclear Regulatory Authority (NDK) of the country from 25 to 27 July 2022. During the visit, the two parties exchanged information on the structure and functions of the two regulatory bodies, their role in regulating the safe use of nuclear energy for peaceful purposes, and the prospects for future cooperation between them. In the framework of the visit, a Memorandum of Understanding was signed between the BNRA and NDK for cooperation and information exchange in the field of nuclear safety and security. The text of the Memorandum was approved by a Decision No. 326 of the Council of Ministers dated May 20, 2022. The document provides for the exchange of expertise, technical and regulatory information in the field of nuclear and radiation safety, emergency response and preparedness, radioactive waste management and the transportation of radioactive material. Following the signing of the Memorandum of Understanding, the Bulgarian delegation also visited the site of the Akkuyu nuclear power plant, which is under construction in the province of Mersin. Akkuyu NPP is the first nuclear power plant in Turkiye and comprises of  4 new generation WWER reactors with a capacity of 1200 MW each. Akkuyu NPP is considered to be the largest construction site in the world at the moment, employing over 26,000 workers. The nuclear power plant is also the only one where the construction of all four nuclear units is carried out simultaneously. The first unit of the Akkuyu NPP is expected to be commissioned  in 2023. After its final completion, the nuclear plant will produce about 35 billion kWh of electricity annually and cover about 10% of Turkiye electricity consumption. The country plans to build two more nuclear power plants as part of the development of its nuclear program. 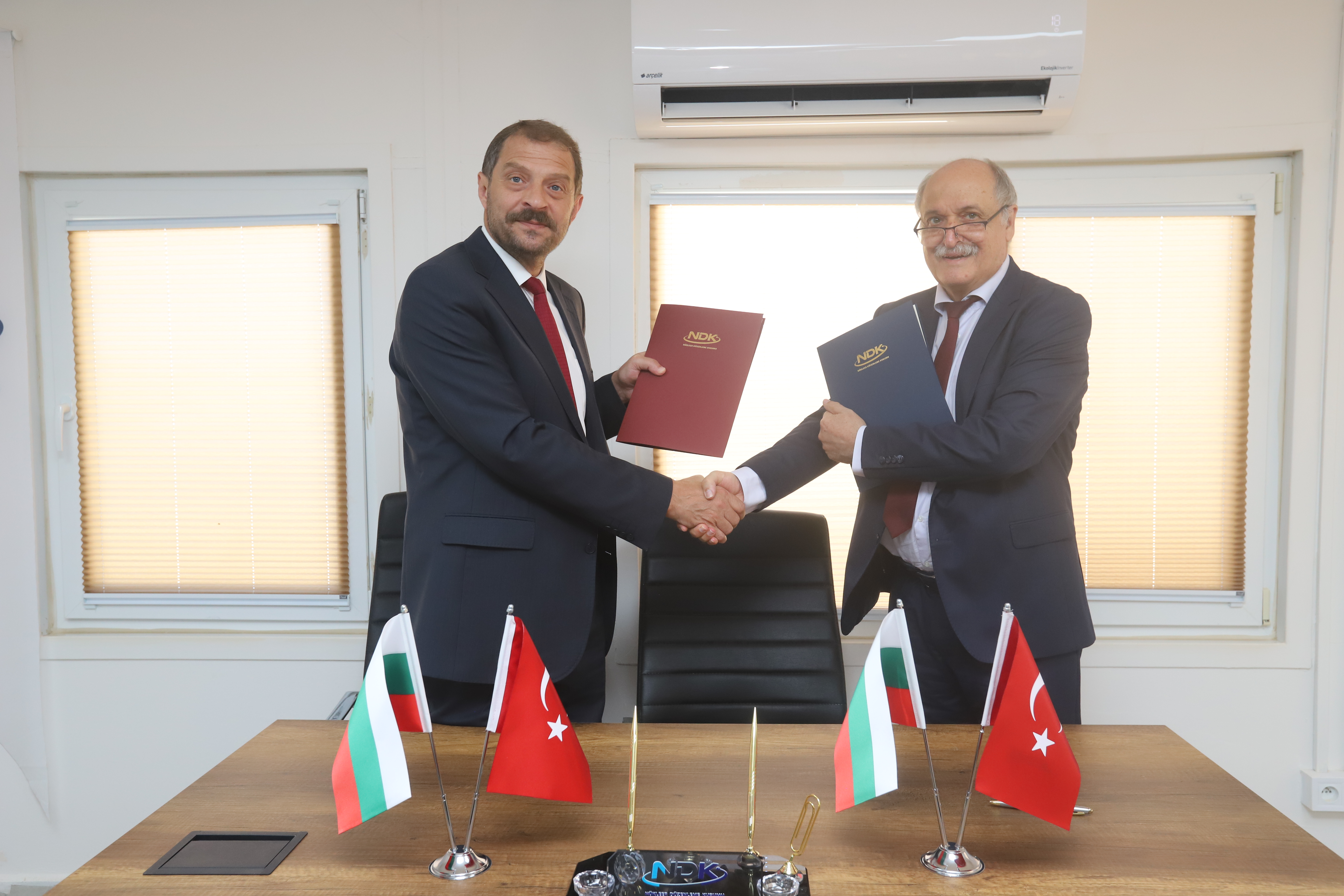 The International Atomic Energy Agency launches its Marie Sklodowska-Curie Fellowship Programme (MSCFP) for 2022/2023. The programme was first initiated in 2020 and seeks to increase the number of women in the nuclear field. It aims to support young women to pursue a career in the field of nuclear energy and nuclear applications. Besides the financial support, the fellowship gives opportunities in participation in internship programmes, as well as participation in various educational and professional events. Interested parties may apply for the Fellowship till September 30, 2022. For more information how to apply, please visit the following link: https://www.iaea.org/about/overview/gender-at-the-iaea/iaea-marie-sklodowska-curie-fellowship-programme/Information-for-applicants
The operator of Unit III of the Finnish nuclear power plant Olkiluoto (OL3) – Teollisuuden Voima Oyj (TVO) received permission to initially bring the reactor to a minimum controllable power level and perform the necessary tests. The permit was issued by the Finnish Regulatory Authority (STUK) after successful fulfillment of preconditions related to the confirmation of the readiness of the unit for initial power uprate. It is envisaged that a further increase in power over 5%, 30% and 60%, respectively, will take place after the issuance of the necessary permits by STUK. The unit has an EPR (European Pressurized Reactor) reactor with a maximum electrical power of 1600 MW.
The nuclear field is a specific area of ​​use of human potential. Despite the state’s efforts and investment in education, there is an imbalance between the needs of the economy and the available staff. The Interdepartmental Working Group, established by an order of the Council of Ministers, prepared a Draft National Strategy for Human Resources Development in the Nuclear Sphere 2022-2032. The main goal is to build a sustainable system for training, improvement and development of specialists needed for the efficient operation of the nuclear sector. The important task is to create conditions for expanded admission of young people in secondary and higher education, for their training in the field of engineering, technical and fundametal sciences, to stimulate their professional realization. The National Strategy has been uploaded on the website of the Council of Ministers for discussion until December 23, 2021 and is available here.
From 19 to 23 November 2021 in Bansko and Sofia were held a meeting of the Financial Committee of the Joint Institute for Nuclear Research (JINR) and the next session of the Committee of Plenipotentiaries (CP) of the governments of the member states of the Joint Institute for Nuclear Research. The work was attended by the Chairman of the Nuclear Regulatory Agency Mr. Tsanko Bachiyski, who is the Plenipotentiary Representative of Bulgaria in JINR, the Director of JINR Acad. Grigory Trubnikov, other members from the management of JINR and officials. The report on the implementation of the budget for 2020 and the audit report to it were adopted, as well as new provisions related to the associated membership in the organization and the flag of JINR. The JINR budget for 2022 and the three-year budget forecast for the period 2023-2025 were approved. Information on the scientific activity of the institute in 2020 was provided. The efforts of the scientists related to the development of major research infrastructure projects such as: NICA project (Nuclotron-based Ion Collider Facility) – the most ambitious project of JINR at the moment, the accelerator complex DRIBs-III (Heavy Ion Accelerator Complex), the Baikal neutrino project, the IBR-2 facility (Impulse Rapid Reactor), as well as the JINR Multifunctional Information Computing Complex were approved. The admission of the Arab Republic of Egypt – so far an associate member of the organization – as a full member of JINR was unanimously voted. The official finale of the event was the final session of the CP, held on November 23, at which the President of the Republic of Bulgaria Mr. Rumen Radev was the guest of honor. Mr. Radev congratulated the participants in the session, emphasizing that international scientific cooperation and nuclear energy contribute to sustainable development and improving the quality of life. In his welcome address, the Head of State stated that for 65 years JINR has been continuously enriching the range of scientific research, expanding its scientific infrastructure and developing intensive international scientific cooperation. He also stressed that currently, 32 Bulgarian representatives from BAS, Sofia University “St. Kliment Ohridski”, Paisii Hilendarski University of Plovdiv and other scientific organizations from the country cooperate with the institute. He noted that holding this forum in Sofia is proof of the contribution of Bulgaria and its scientists to the activities of the institute. The President thanked all JINR program managers and mentors for their efforts, professionalism and dedication with which they train young people and preserve our scientific potential. At the final session, the Sofia Declaration on the Values ​​of Development of International Scientific and Technical Integration was adopted. In the Declaration, the Member States agree to strengthen the further development of JINR as an international intergovernmental scientific organization, dissemination and exchange of JINR’s experience in organizing multilateral research and large-scale research projects based on JINR principles, which ensure a high level of and competitiveness of scientific results and integration with world science. The member states of the organization will strive to strengthen the role of JINR as a unique integration platform for the development of modern instruments in the field of scientific diplomacy, scientific education and intercultural exchange. 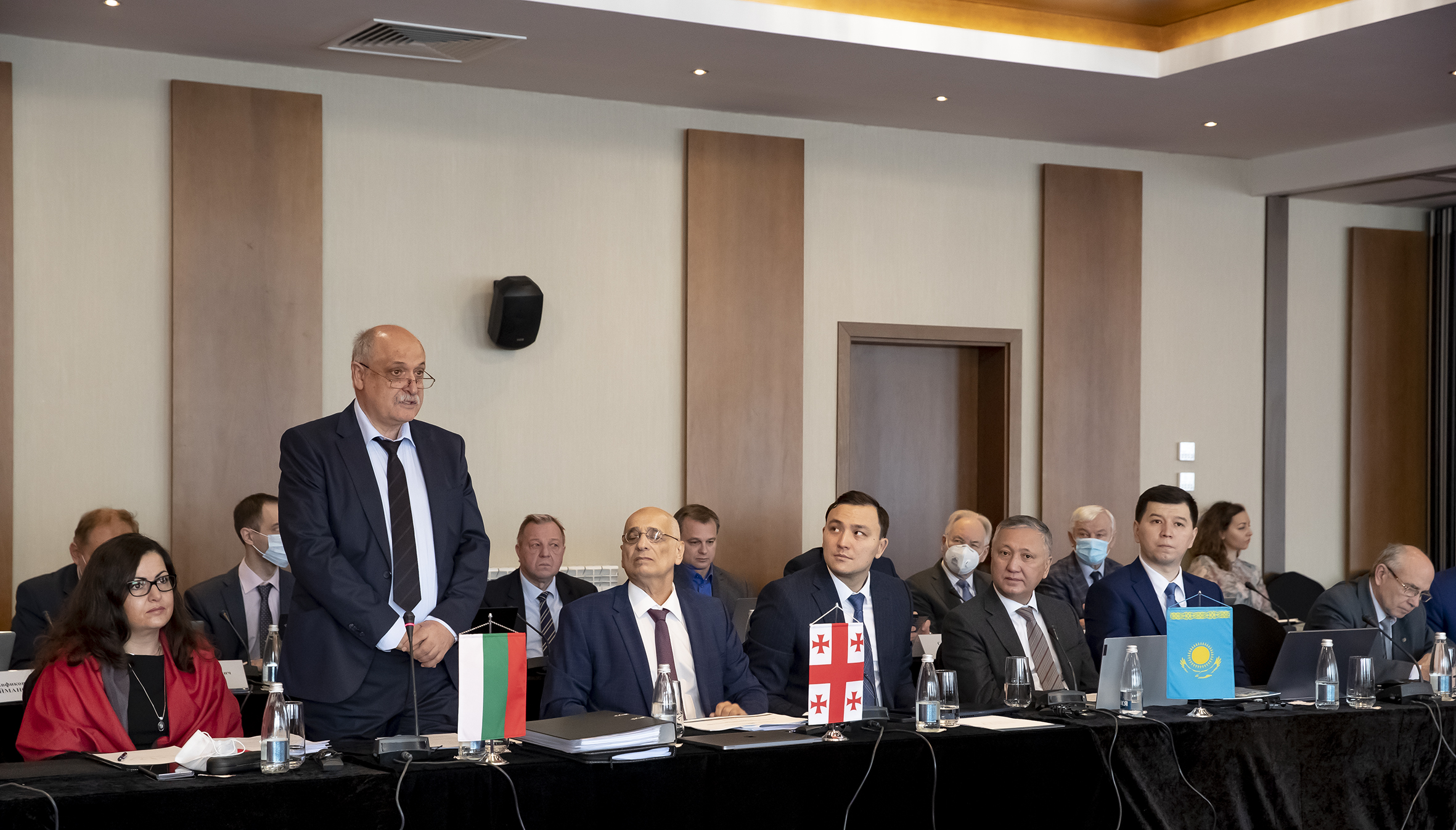 Between 8 and 12 November this year, experts from the Nuclear Regulatory Agency conducted practical specialized training for Turkish nuclear regulators on planning and conducting inspections of nuclear power plants with WWER reactors and decommissioning facilities. The training is implemented under project TR3.01 / 16 Support to the Regulatory Authority of Turkey, funded by the European Commission. The practical specialized training was held on the site of Kozloduy NPP and in the Specialized Division “Decommissioning of Units 1-4”.
The work of the 65th regular session of the General Conference of the International Atomic Energy Agency (IAEA) ended with the adoption of resolutions in the field of nuclear safety and security, technical cooperation, nuclear science, technology and application of nuclear methods, improving efficiency and effectiveness of the system of Safeguards under the Treaty on the Non-Proliferation of Nuclear Weapons and others. Elections were also held for new members of the IAEA Board of Governors and for the organization’s external auditor. The budget of the Agency for 2022-23 was also adopted. In parallel with the session, the NRA Chairman Mr. Tsanko Bachiyski participated in the meeting of the Forum for Cooperation of Regulators and in the Meeting of the Senior Representatives of the Regulators for Nuclear Safety and Security. Representatives of the NRA also participated in several events accompanying the General Conference – a forum to discuss the new platform for small modular reactors /SMR/, organized within the framework of the IAEA, and a meeting on the challenges of licensing SMR.