The agreement on the establishment of the first international research center of the socialist countries – the Joint Institute for Nuclear Research (JINR) in Dubna was signed in Moscow on March 26, 1956. On 23 September, the First Session of the Committee of Plenipotentiaries (CPC) of the Member States (Albania, Bulgaria, the Socialist Republic of Vietnam, the German Democratic Republic, the People’s Republic of China, the Democratic People’s Republic of Korea, Mongolia, Poland, Romania, USSR, Hungary, Czechoslovakia) adopts the JINR Statute, which regulates the legal activities of the institute.According to the statute, the goals and tasks of the new organization are:

The JINR statute states: “Through all its activities, the Institute will promote the use of nuclear energy only for peaceful purposes and for the benefit of all mankind.”Today the motto of JINR is “Science brings peoples together”.JINR has the status of an international, intergovernmental organization and currently member countries of the Institute are: Azerbaijan, Armenia, Belarus, Bulgaria, Vietnam, Georgia, Kazakhstan, the Democratic People’s Republic of Korea, Cuba, Moldova, Mongolia, Poland, the Russian Federation, Romania, Slovakia, Uzbekistan, Ukraine, Czech Republic and Egypt.Associated members are: Hungary, Germany, Italy, Serbia and South Africa.Created to unite the efforts, scientific and material potential of the member states in order to study the basic properties of matter, for 65 years JINR has been conducting a wide range of research and training highly qualified scientific personnel. These include presidents of national academies of science, heads of major nuclear physics centers, institutes and universities in many member states.JINR has seven laboratories: 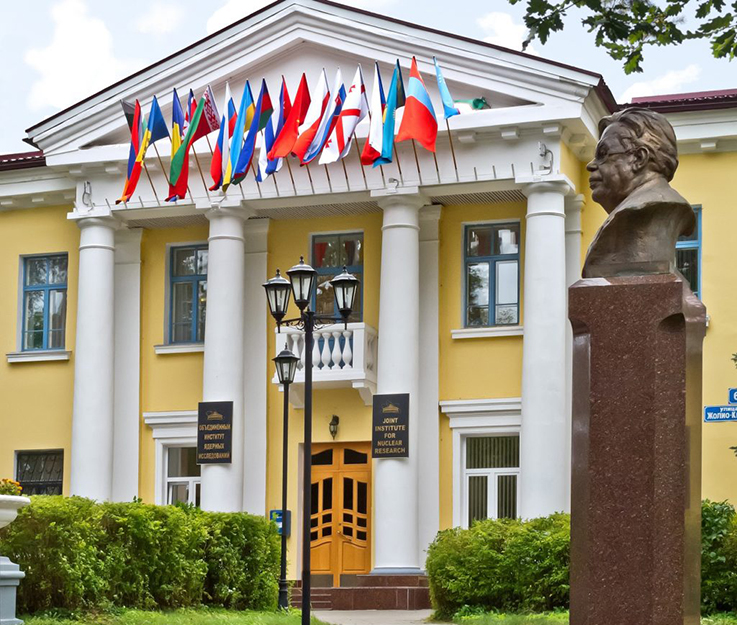 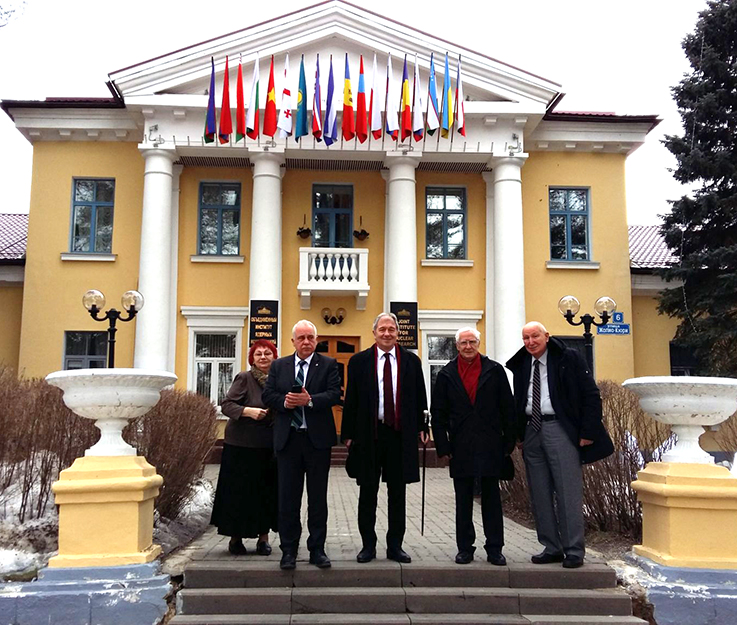 Bulgaria in JINRSince 1956, more than 500 Bulgarians have worked at JINR, including 12 academicians and corresponding members of the Bulgarian Academy of Sciences, 56 professors and doctors of science, 138 associate professors and doctors. 21 dissertations with the degree of Doctor of Science and 84 dissertations with the degree of Doctor have been defended. More than 4,800 scientific materials have been published with Bulgarian authorship and co-authorship (8% of all JINR publications). 57 Bulgarian associates received 51 JINR awards.Currently, the national group of Bulgarian associates at JINR consists of 27 specialists.

Over the years, Bulgarian scientists have held senior positions in various JINR laboratories and Acad. Georgi Dzhakov, Acad. Hristo Hristov, Prof. Ivan Zlatev and Prof. Tsvetan Valov have held the position of JINR Deputy Director.Prof. Vladimir Penev and Assoc. Dr. Lachezar Kostov were awarded with the title “honorary doctor” of JINR.The supreme governing body of JINR is the Committee of Plenipotentiaries of the Governments of the Member States.

The Plenipotentiary Representative of the Government of the Republic of Bulgaria in JINR is the Chairman of BNRA. It is assisted by the JINR Cooperation Commission, which consists of leaders and prominent Bulgarian scientists from the Institute for Nuclear Research and Nuclear Energy, the Institute of Solid State Physics and the Institute of Microbiology at the Bulgarian Academy of Sciences, the Faculty of Physics and the Faculty of Mathematics and Informatics at Sofia University, Southwestern University, Plovdiv University and others.